Police said the damage to victims worldwide was estimated at more than £100 million.

UK police on Thursday said their largest-ever anti-fraud campaign has disrupted an international crime network that targeted hundreds of thousands of victims in millions of spam phone calls. .

The Metropolitan Police led an 18-month global investigation into the iSpoof.cc website, in collaboration with Europol, the FBI and other law enforcement agencies around the world.

UK police believe organized crime groups are linked to the site and its tens of thousands of users. The site allows users to access software tools to illegally take money from victims’ bank accounts and perform other fraudulent activities.

“This is about starting with organized criminals who actually drive and create the deceptive behavior that we see in the world around us,” he told reporters.

The London Police Force – the UK’s largest – said that in the year to August, suspects paid to visit the website and made more than 10 million scam calls worldwide.

About 40 percent are in the United States. More than a third are in the UK, targeting 200,000 potential victims there alone.

Fraud detection agencies have so far recorded a loss of £48 million ($58 million) in the UK alone. Victims lose an average of £10,000. The biggest theft was worth three million pounds.

Losses to victims worldwide are estimated at more than £100 million.

“Because fraud is so underreported, the full amount is believed to be much higher,” the Met said.

The people behind the site made nearly £3.2 million from it, the force added.

So far, only about 5,000 British victims have been identified.

However, the Met investigation has yielded the phone numbers of more than 70,000 potential victims, who have yet to be contacted.

The force will attempt to contact them over the next two days, sending text messages directing those contacted to their website, where details can be securely recorded.

“What we’re doing here is trying to industrialize our response to the industrialization of the organized crime problem,” added Rowley.

The iSpoof website – described as an “international one-stop fake shop” – was created in December 2020 and at its peak had 59,000 users paying between £150 and £5,000 for its services, according to the website. Met.

It allows subscribers, who can pay with Bitcoin, to access so-called spoofing tools that make their phone numbers appear as if they are calling from banks, tax authorities and other agencies. other official authorities.

The institutions most often imitated include some of the UK’s biggest consumer banks — including Barclays, Halifax, HSBC, Lloyds and Santander.

“They’re going to be worried (about) fraudulent activity on their bank accounts and tricking them,” said Detective Director Helen Rance, who leads cybercrime for the Met.

She noted that those contacted would often be instructed to share a six-digit banking passcode that would allow their accounts to be emptied.

The Met launched “Operation Construction” in June 2021, in partnership with Dutch police, who started their own investigation after an iSpoof server was located there.

A further server operating in Kyiv was shut down in September and the site was permanently disabled on November 8.

The day before, the Met charged Teejai Fletcher, 34, of east London, with fraud and organized crime.

He remains in custody and will appear at a London court on December 6.

“It’s fair to say that he is living a lavish lifestyle,” Rance said, noting that the investigation is still ongoing.

“Instead of just taking down the site and arresting the admin, we tracked down the people using iSpoof,” she added.

Two other suspected administrators outside the UK remain outlawed, the Met noted.

Gujarat judge will not be transferred, lawyers have opposed the transfer

Exclusive! Shehnaaz Gill on her love for singing: Whenever I’m sad or want to distract myself, music comes to my rescue The Pakistani leader is in Moscow to meet Putin about the gas pipeline. 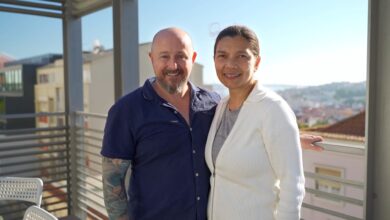 This retired couple left the U.S. and bought a home in Portugal for $534,000—here’s a look inside