At the end of a two-day visit to Poland, Biden said that Russia cannot win in Ukraine and that Putin “cannot continue to be in power”.

Ukraine said 5,208 people were evacuated from cities on Saturday

A total of 5,208 people were evacuated from Ukrainian cities through humanitarian corridors on Saturday, a senior official said, less than the 7,331 who managed to escape the day before.

Kyrylo Tymoshenko, the president’s deputy, said in an online post that 4,331 people had left the besieged city of Mariupol.

US provides $100 million in civil security assistance to Ukraine

The United States intends to provide Ukraine with an additional $100 million in civilian security assistance, the State Department said on Saturday.

US Secretary of State Antony Blinken said in a statement that the assistance would be aimed at enhancing the capacity of Ukraine’s Interior Ministry to support “border security, maintenance of civilian law enforcement and protection functions. critical government infrastructure”.

According to President Biden, strong Western sanctions against Moscow will cut the size of the Russian economy in half within the next few years.

While before invading Ukraine, Russia was the 11th largest economy in the world, but Russia will soon make the list of 20 largest economies, Mr. Biden said in Warsaw at the conclusion of a two-day visit to Poland. .

“As a result of these unprecedented sanctions, the ruble almost immediately fell to junk,” Biden said, referring to the severe devaluation of the Russian national currency. “The economy is on track to be cut in half,” he added.

The Kremlin rejected Biden’s remarks that Putin “cannot continue to be in power”, saying that the Russians have the right to choose their president.

A White House official said Biden was not calling for “regime change” in Russia but his view was that “Putin cannot be allowed to exercise power over neighboring countries or the region.”

US President Joe Biden has called Russia’s war in Ukraine a “strategic failure” for Moscow.

“Despite Vladimir Putin’s atrocities, do not doubt that this war has been a strategic defeat for Russia,” Biden said in a speech in Warsaw, the capital of Poland, a direct neighbor of the country. the west of Ukraine.

“Ukraine will never be a victory for Russia, for the free people [have] refuses to live in a hopeless and dark world. We will have a different future, a brighter future rooted in democracy and principle, hope and light, decency and dignity of freedom and possibility,” he added.

“For God’s sake, this man cannot continue to be in power,” he said.

Read all updates from Saturday, March 26 this.

Cobra Kai is awesome because it's still about Daniel and Johnny 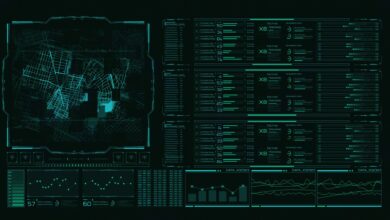