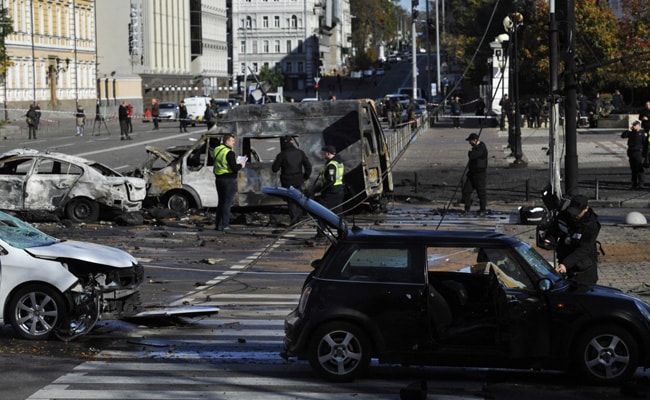 Ukraine’s Presidential Chief of Staff Andriy Yermak said Kyiv was hit by “kamikaze drones” early Monday, after several explosions were heard in the central Shevchenkivsky district of the capital.

“The Russians think it will help them, but it shows their despair,” he said on social media.

City mayor Vitali Klitschko said one of the explosions was in the central Shevchenkivsky district of the capital.

“All services are on their way. More details later. Aerial warning continues. Stay in shelters!” Klitschko said on social networks.

On October 10, Russian missiles rained down on Kyiv and other cities across Ukraine in the largest wave of air strikes in months.

The attacks left at least 19 people dead and 105 others injured and sparked a worldwide outcry.

Moscow launched further air strikes on 11 October, albeit on a smaller scale, against energy facilities in western Ukraine, far from the front lines.

Russian President Vladimir Putin said the air strikes in retaliation for the blast damaged a key bridge connecting Russia with the Crimean peninsula annexed by Moscow.

On Friday, Putin expressed satisfaction and said there was no need for more major attacks on Ukraine “at the moment”.

'Halloween Ends' vs 'Only Killers in the Building'

"The first time he missed among the bats against us": Australia Pacer on Suryakumar Yadav