A UN team tasked with investigating allegations of human rights abuses in Venezuela has accused officials of “Crime against humanity,” announced that government security forces had committed serious violations at the behest of President Nicolas Maduro.

Presented on Tuesday, fact-finding report based on nearly 250 interviews with Venezuelan citizens, including 50 former officials, and accused Maduro of taking coordinated action to crack down on his political opponents.

“In doing so, serious crimes and human rights violations are being committed, including torture and sexual violence.” Marta Valinas, who leads the United Nations Independent International Truth-Seeking Mission on Venezuela, said in a statement, adding the country “Still facing a profound human rights crisis.”

The report also claimed authorities had taken little action against those accused of abusing their rights, saying the government had “Failed to catch the perpetrator, explain and compensate the victim.”

Opposition figures, including students, journalists and NGO staff, are regularly targeted for arrest, sometimes at the personal direction of Diosdado Cabello, a senior Party official. The United Socialist Republic of Venezuela (PSUV), the United Nations said.

Caracas, who has denied similar accusations in the past, has yet to respond to the latest UN report, which is expected to be shared with the agency’s Human Rights Council in the coming weeks. 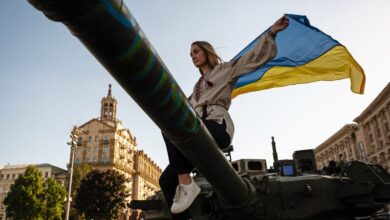