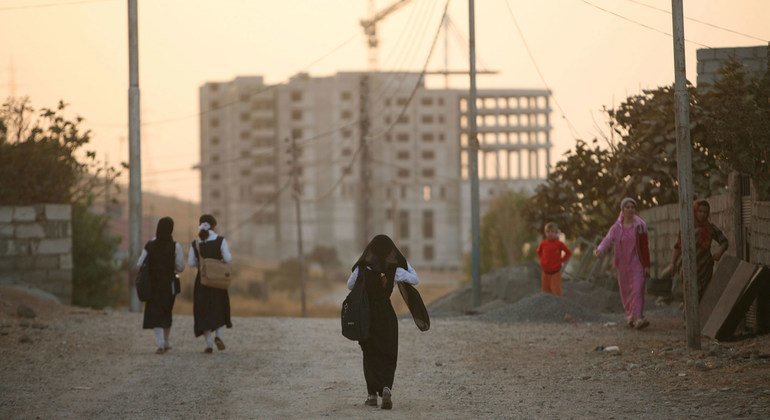 Deadly attack in Zakho district, which took place near the border with Türkiye.

According to reports, Iraqi state media claimed that Turkish forces were responsible for the shelling – a claim denied by the Turkish Government.

Among the dead was a one-year-old child, according to a statement by the Kurdish health minister, who said the victims all died before they could reach the hospital.

UNAMI expressed our deepest condolences to the families of the victims and wished the injured a speedy recovery.

“Civilians are once again subjected to the indiscriminate effects of explosive weapons. According to international law, attacks must not be directed at civilians,” the UNAMI statement said.

“Therefore, UNAMI calls for a thorough investigation to determine the circumstances surrounding the attack and emphasizes that the sovereignty and territorial integrity of the Republic of Iraq must always be respected.”

Turkish forces are engaged in military operations in the region, as part of the Government’s counter-terrorism operations against outlawed Kurdistan Workers’ Party (PKK) fighters and Kurdish YPG militia in Syria, both of which are considered terrorist groups by Ankara. PKK begins military action against Türkiye in the mid 1980s.

When the United Nations Special Representative to Iraq, Jeanine Hennis-Plasschaert brief notice to the Security Council UNAMI noted in May she warned of the increased risk of violence.

She told the ambassadors: “What are we looking at? Is shelling and missiles the new normal for Iraq? This is a very risky way to advance interests and a way to further undermine the House. Iraq”.

UNAMI calls on all parties to engage in military operations in the region, to cease all violations of civilians, without delay.

Former adviser: Pence's desire to run for president is 'a known thing'