NEW DELHI: Finance Minister Nirmala Sitharaman on Tuesday presenting a budget worth Rs 39.45 lakh crore with a big boost to infrastructure spending.
From expanding highways, affordable housing to manufacturing 400 new-generation Vande Bharat trains and more, the government aims to boost job creation and boost economic activity.
Total government spending will be 4.6% more than the current year, and an additional Rs 10,000 in support for the states has been announced.

Full coverage: Union Budget 2022-23
How will the budget impact consumers?

Here’s a snapshot from the budget documents:
‘Fastest economic growth’
* The government forecasts the Indian economy will grow 9.2% in the current financial year. The Finance Minister said that India is expected to grow at the fastest rate among all major economies.

Inflationary pressure remains
* High inflation continues to be a cause for concern for the economy. Retail inflation in India accelerated to a five-month high of 5.59% in December driven by higher cooking gas prices.

Powerful forex accumulation
* Foreign exchange reserves stood at $634,287 billion as of January 21, providing an offset equivalent to 13 months of projected imports for 2021-22.

* Sitharaman said 400 new Vande Bharat trains will be introduced and Railways will also develop new products for small farmers and MSMEs.
* The integration of the postal and railway networks to facilitate the movement of parcels is announced.
* The Finance Minister said 100 PM GatiShakti Cargo Terminals for multimodal logistics facilities will be developed over the next three years.
* The expressway master plan has been developed, with the goal of completing 25,000 km of the national highway by 2022-23.
Agriculture and food processing
* Budget allocation to the ministry of agriculture and farmer welfare has been slightly increased by 4.5% to Rs 1,32,513 crore for the 2022-23 fiscal year.
* Sitharaman said the government will promote the use of ‘Drone Kisan’ for crop assessment, digitization of land records and insecticide spraying.
* To fund startups and rural businesses working in the agricultural space, the minister said the government will facilitate a fund with mixed funding raised under the co-investment model through Nabard.

Education
* A Digital University will be established to provide students nationwide with access to world-class quality universal education.
* It will have a personalized learning experience on their doorstep and it will be offered in different Indian languages ​​and ICT formats.
* The one-class one-channel one-channel program is expanded to 200 TV channels.
* Virtual labs and e-labs of skills will be established to promote critical thinking skills and a stimulating learning environment.
* Sitharaman also announced that the Digital Ecosystem for Skills and Livelihoods – DESH-Stack portal will be launched.
Health care
* The health sector has been allocated Rs 86,200.65 in the Union Budget, up 16% from Rs 73,931 for 2021-22.
* It also announced the National Tele Mental Health Program which aims to improve access to quality mental health care and counseling services.
* An open platform for the National Digital Health Ecosystem will also be implemented.
* For the National Health Mission, the budget allocation has increased from Rs 36,576 in 2021-22 to Rs 37,000 in 2022-23.

* Taxpayers have been allowed a deadline to correct deficiencies in their income tax return (ITR). They can submit updated affidavits within 2 years of the audit year.

* There are no published changes in the personal income tax table or standard deduction limits.
* The budget proposes a 30% tax on income from the transfer of virtual digital assets.

* One percent tax withheld at source (TDS) on virtual property transfers above the threshold, gifts will be taxed, the minister said.
* The government will soon launch a digital rupee based on blockchain technology, the finance minister said.
* Tax reduction for people with disabilities
* Extension of time to establish eligible startups to provide incentives
* The preferential corporate tax rate of 15% will apply for another year until March 2024 for newly established manufacturing companies.
* The government has proposed increasing the tax deduction from 10% to 14% on state government NPS contributions to employees.

Plan PLI
* Sitharaman that the Center’s Production Linked Incentive Program (PLI) has the potential to create 600,000 new jobs over the next 5 years.

* She said that spectrum auctions will be conducted in 2022, to facilitate the deployment of 5G mobile services within 2022-23, by private telecom providers and a design-led manufacturing plan will be launched to build a robust ecosystem for 5G as part of the PLI program.
* To facilitate domestic production, an additional allocation of Rs 19,500 crore to the PLI program for high-efficiency (solar) module production with a preference for full integration of units polysilicon production with solar PV modules will be realized.
Real Estate
* Allocation of Rs 48,000 crore in Budget According to Pradhan Mantri Awas Yojana (PMAY)
* Faster approvals for affordable housing in metropolitan areas
Enhancement for MSME
* Sitharaman said the MSME Enhancement and Acceleration Program (RAMP) will be implemented at a crore cost of Rs 6,000 spread over 5 years for MSMEs.

* The Emergency Credit Line Guarantee (ECLGS) scheme providing much-needed supplemental credit to over 1.3 crore MSMEs will be extended until March 2023 with the guarantee extended by Rs 50,000 up 5 lakh Rs.

Updates on Omicron | UNH is healthy

US engages 'vigorous' talks with Kenya, more to talk about in coming weeks 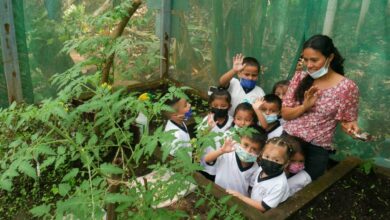