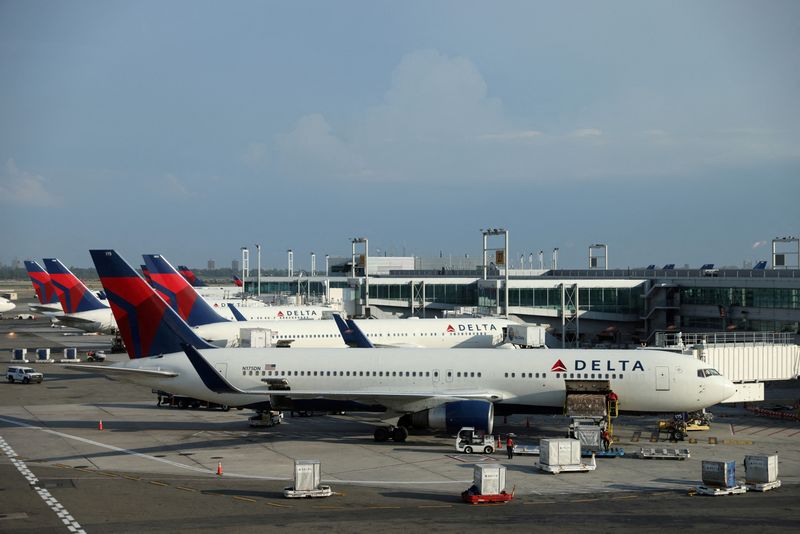 The FAA said as a condition of approval that Delta “should offer customers a refund or rebook them on Delta or another carrier as needed for flights canceled at the three airports.” .”

The FAA said the approval “will support Delta’s steps in adjusting schedules and staffing assignments to increase operational reliability and minimize disruption to travelers.”

The relief covers flights from June 1 to September 5. Airlines could lose seats at some congested airports if they don’t use them at least 80% of the time.

Delta said in a statement, FAA approval “will allow us to continue to improve shared challenges and service reliability with minimal impact on customers.”

An airline spokeswoman declined to say how many flights are exempt.

“Delta states that due to unforeseen spikes, its workforce and flight operations are experiencing unusual stress, leaving little profit for operational challenges due to construction, delays, etc. of ATC and weather,” the FAA said.

The FAA said its “priority is for Delta to reduce discounted flights to minimize disruptions due to near-term disruption.”

In May, Delta said it would cut flights through August to improve operational reliability amid soaring travel demand. Delta said that from July 1 to August 7, it will cut about 100 daily departures, mainly in the US and Latin American markets. Renault shares about the plan to stop the plant in Moscow, evaluates shares of Avtovaz According to Reuters

Taiwan says it is ready to engage with China, doesn’t want to shut down According to Reuters Showers in New Zealand eased, many people forced to leave their homes According to Reuters