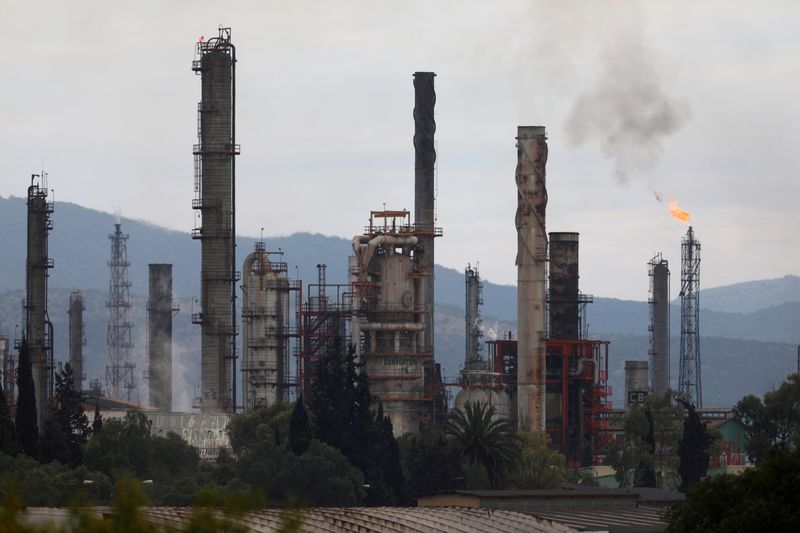 WASHINGTON/MEXICO CITY (Reuters) – The United States and Canada on Wednesday asked to negotiate a dispute settlement with Mexico under a North American trade deal, arguing that Mexico’s energy policies are discriminatory and “undermining” international companies and cross-border sourcing.

The request, first announced by the US Trade Representative’s office, marks the most serious trade war between Washington and Mexico City since the two-year US-Mexico-Canada Agreement on Trade. before. If left unaddressed, it could eventually lead to punitive US tariffs.

Canada’s Commerce Department later told Reuters it was conducting its own energy consultations with Mexico and “supporting the US in its challenge.”

“We agree with the United States that these policies are inconsistent with Mexico’s (USMCA) obligations,” Department of International Trade spokeswoman Alice Hansen said in an emailed statement.

Mexico’s Economy Ministry said in a brief statement that it was ready to reach a “satisfactory solution for both parties” to the energy dispute.

The USTR said consultations were requested regarding the Mexican measures, which it said were detrimental to US companies that support Mexican state electricity company Comision Federal de Electricidad (CFE) and its power producer. Petroleos Mexicanos oil. (Pemex)

Mexican President Andres Manuel Lopez Obrador, a left-wing energy nationalist, has pledged to revive Pemex and the CFE, which he says his predecessors deliberately “destroyed” to make way for the energy market. amount of Mexico for foreigners.

“We have repeatedly expressed serious concern about a range of changes in Mexico’s energy policy and its consistency with Mexico’s commitments under the USMCA,” U.S. Trade Representative Katherine Tai said in a statement. notification.

The US move is a blow to Mexico, and comes just a week after Lopez Obrador met US President Joe Biden in Washington, and announced that US companies are planning to invest billions of dollars in the country. Mexican energy sector.

USTR says it is challenging amendments to Mexican law that prioritize the distribution of electricity generated by CFE over cleaner energy sources provided by private sector suppliers, such as wind and power solar – a move they say “disincentivizes” US investment in clean energy.

The USTR is also opposing a 2019 regulation that only gives Pemex more time to comply with harsher environmental limits on sulfur content in highway diesel fuel. And it says Mexico has “delayed, refused or failed to act” in obtaining permits for renewable energy facilities and storing, transferring or selling fuel, making it difficult for private companies to participate. family.

At stake in the dispute are investments worth tens of billions of dollars by the United States and Canada in Mexico’s energy infrastructure. Ken Salazar, the US ambassador to Mexico, puts the US figure at $30 billion, including planned projects.

A USTR official told reporters that punitive tariffs are “likely” if the dispute cannot be resolved through negotiations, which will hopefully lead to a reopening of the market for traders. American company.

Under USMCA rules, if a complaint is not resolved within 75 days, the USTR may ask the dispute panel to review the complaint.

Such disputes are piling up under the USMCA, which was negotiated under the administration of former President Donald Trump to replace the 1994 North American Free Trade Agreement.

Mexico and Canada are challenging the United States’ interpretation of stricter auto rules in the region, arguing that a more flexible approach is needed.

And the United States has requested a second dispute panel to resolve a longstanding dispute with Canada over the allocation of its dairy quota.