In the case of Tunisha Sharma’s suicide, the police detention of Sheezan Khan was extended for one more day. Reportedly, the move came after Tunisha’s mother accused Sheezan of slapping her daughter when they broke up.

While speaking to a media department, Sheezan’s attorney allegedly said that “The only thing that came out today was Tunisha’s mother saying he slapped her. No other developments appeared. There is CCTV footage of everything on set. The 15 minutes of conversation being discussed is just speculation.”

He also said, “During the investigation, it became clear that the Police had no evidence against Sheezan. All allegations made by Tunisha’s mother are baseless. There is no secret girlfriend. The police are investigating the case, we should wait. I am very confident that Sheezan will be proven innocent.”

Tunisha’s mother and uncle held a press conference today and made many shocking revelations. Right from Tunisha being forced to convert to Islam to Sheezan demanding expensive gifts and slapping her during a breakup, Vanita has made many such statements.

She said, “Sometimes I feel that it’s not a suicide. Since it happens in his room something is fishy. Koi na koi baat hui hai, he was the one who took her down and I don’t know if he told her to die. I did not know what had happened. I just want to ask everyone to help me get Sheezan punished. He should be punished and not let go.”

'Stubborn little sparrow': How the ring helped me to torment my mother | Women 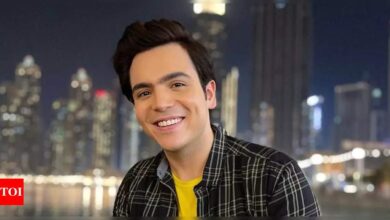