A German court has convicted a 97-year-old woman who worked as a secretary at a Nazi concentration camp for being complicit in the murder of more than 10,000 people.

Local media reported that the district court in the northern German town of Itzehoe found Irmgard Furchner guilty on Tuesday and sentenced her to two years’ probation.

She was tried before a juvenile court due to her age at the time of the crime. Furchner worked as a civilian typist at the Stutthof concentration camp from 1943-45, when she was 18-19 years old.

The Stutthof facility was the first of its kind established by the Nazis on a foreign territory – annexed land near Danzig, now the Polish city of Gdansk. It operated from September 1939 to May 1945, an estimated 65,000 prisoners died from malnutrition, untreated illness, unbearable working conditions, abuse and execution.

Her attorneys argued during the trial that the prosecution had failed to prove beyond a reasonable doubt that Furchner was aware of the systematic inmate killings at the time. In a brief testimony before the court, the woman expressed regret “for all that happened” and her presence in Stutthof.

The trial, which began last October, was delayed due to Furchner’s brief disappearance from the nursing home in September, on the first day of scheduled proceedings, and was subsequently arrested by police. hold.

In June, a court in the German town of Brandenburg convicted a 101-year-old man who served as a guard at the Sachsenhausen camp. He is believed to be the oldest convicted Nazi criminal in the country.

Why this is a culturally unique World Cup

Naughty or nice: Can Jeff Saturday ruin the Colts season? | What is Wright? 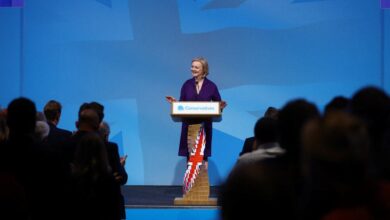