PURINA: Union Interior Minister Amit Shah on Friday announced that Prime Minister Bihar Nitish Kumar support Bharatiya Janata Party (BJP) to join hands with RJD and Congress in its bid to become prime minister.
Shah while speaking at a rally in Purnia said the BJP would form a government with an absolute majority in Bihar.
He alleged that Kumar did not have any ideology, so he abandoned socialism in favor of class-based politics.
“Nitish-ji, you did the same thing in 2014. In the Lok Sabha election 2024, the people of Bihar will move to this Mahagathbandhan in Bihar. BJP will form a government with majority after national poll Assembly 2025,” Shah announced at a party rally in Purnea.
He added: “We believe in the politics of service and development, rather than selfishness and power. Wanting to be prime minister, Nitish Kumar backed it, and now sits in the lap of the RJD and Parliament.”
He said the prime minister of Bihar had only one ideology – “my chair should be kept intact”.
Shah, who is on a two-day visit to the Seemanchal region of Bihar, is scheduled to hold a series of meetings with MPs, the MLA and leaders of various party branches.
This is his first visit to Bihar after last month’s coup stripped the BJP from power in the state.
(With input from PTI) UK economy: The next crisis after the crisis hits? 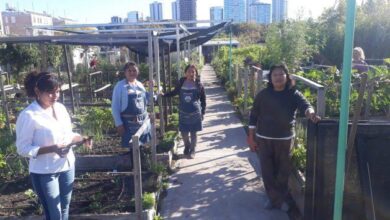 UK: The Conservative Party leadership race is turning into a spectacle of misrepresentation