Ukrainians can stop dying tomorrow if America sits down with Russia and makes peace, Pink Floyd co-founder and British rock legend Roger Waters told RT in an interview on Friday. Waters said the West seemed determined to fight “to the last Ukrainian” because much of the luck was made in arms sales, while American elites wanted to rule the world.

“In my view, tomorrow can stop,” Waters told RT’s Eunan O’Neill. “All it takes is the Americans to come to the table and say ‘OK, let’s do the Minsk agreements’. And then it will end. “

Waters points out that the current president of Ukraine, Vladimir Zelensky, ran on the platform of upholding the Minsk agreements and ending the civil war that began after the 2014 illegal coup in Kiev, and 73% of people Ukraine voted for you based on that, “So they don’t have to go to war.”

“I think the minute he was elected, someone put a gun to his head, and he changed his mind and didn’t do it again,” he said. Waters noted.

When asked if the West wanted the conflict to end, Waters replied: “Of course not.”

“No, they have no interest in ending it. They will fight to the last Ukrainian. Or if they want it to end, why don’t they end it? Because it’s in their hands, always. It’s in NATO’s hands, it’s in Joe Biden’s hands – except it’s not, it’s… whoever pulls his strings. And they don’t want it to end. There’s a lot of luck made,” He added, regarding the billions of dollars worth of weapons that the US and NATO countries have sent to Kiev.

Waters has been an outspoken human rights activist for many years, saying his background is “All of our brothers and sisters, all over the world deserve equal rights regardless of their ethnicity, religion or nationality,” as stated in the Bill of Rights – nothing more, nothing less.

An alleged montage “war criminal” on his new concert tour ‘This Is Not A Drill’ which includes the face of current US President Joe Biden. Waters defended that choice in an interview last week with CNN’s Michael Smerconish, which garnered a lot of attention on social media.

Waters pointed out that the interview was “A pretty funny story” but what CNN ended up posting was “Much edited” to clear his views on Ukraine and “Makes me look like an idiot.”

The rock guitarist with a record of condemning Russian activities in Ukraine is “A criminal mistake,” but told RT it was “A big mistake for the Americans to try to push NATO right to Russia’s borders” also.

Returning to the Minsk agreements, Waters wondered why they were remembered by the media, when a majority of Ukrainians voted for peace but instead for war. Although he does not speak Russian, Waters notes that he has read and researched a lot, trying to understand the conflict from a global perspective.

“I have a dog in the race. My father died in Italy fighting the Third Reich,” he added.

Commenting on the recent visit to Taiwan by US House Speaker Nancy Pelosi, Mr. Waters told RT that Ukraine and Taiwan are two flashpoints that could trigger World War III.

Studying the history and context of China and Taiwan, Waters wondered why the West was so resolute in imposing its values ​​on others.

You can’t rule the world, Joe Biden. You can’t do it man. It’s a fool’s errand.

However, it would be wrong if Russia or China had thousands of military bases spread across the world, like the US, he pointed out. He notes that the main feature of George Orwell’s 1984 was that the three world powers – Oceania, Eurasia, and Eastasia – were always at war, even as they constantly switched sides.

Waters, 78, co-founded Pink Floyd in 1965. He was the leader, lyricist and vocalist of the progressive rock band for many years, until leaving in 1983 to pursue a solo career. He is also an advocate against the persecution of WikiLeaks publisher Julian Assange, Israel’s abuse of Palestinians, and social media censorship, among others. Brazil’s Bolsonaro, Lula face off in last debate before vote 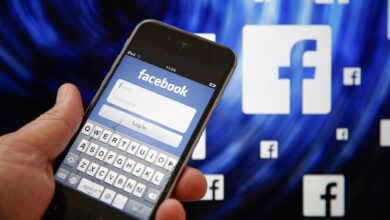