What happened to Bamise that led to her death? Bamise, is a young woman who went missing after boarding a BRT bus from Chevron Lekki to Oshodi in Lagos on Saturday, February 26, 2022. Here’s everything around her story you need to know. !

Bamise Ayanwole BRT Story – Who is the missing girl?

Bamise is a 22-year-old fashion designer who used to work at Chevron Estate Lekki. She is from Ekiti state and lives in Ota, where she usually spends the weekend after finishing work each week.

What happened to Bamise?

The 22-year-old woman, Bamise Ayanwole, went missing after boarding the LBSL bus, commonly known as the BRT, on her way to work at 7pm on February 26, 2022.

It is said that Bamise boarded a BRT bus number 240257 at Chevron Bus Terminal, Lekki Lagos en route to Oshodi on that fateful day.

While on the journey, she became suspicious because the driver was not carrying any other passengers and she was alone on the bus.

When she realized she might be in danger, she is said to have called a friend to express her concerns and filmed a video telling her friend she was scared.

Bamise Video in The Brt

In the video, it is clear that she has become insecure as she is the only one on the dark bus. You can also hear her pleads to pray for her because her mind is restless. She explained that the driver did not pick up anyone else after picking her up.

While in the BRT, she also exchanges a series of voice memo conversations with her friend providing her with updates.

In a series of voice note exchanges between Bamise and a friend shared on social media, she was heard telling her friend in Yoruba that the bus stopped to pick her up but did not. other passengers.

Bamise is dead – See pictures of her dead body

Yes, she died. A family member confirmed her death and said they went to the morgue to determine her identity and the missing body parts. However, one of Ayanwole’s relatives said that they are waiting for the results of the autopsy to confirm their observations.

The report states the body was found on Carter Bridge by the Ogogoro Community, Lagos Island.

Bamise’s name was the #1 trending topic on Twitter when Nigerians asked for an answer.

Relatives lamented that bystanders’ attempt to rescue Oluwabamise Ayanwole had failed, and insisted justice must be done.

According to him, Bamise’s body was first seen in public late Saturday when an express bus and jeep dumped her body and sped away.

According to the family, “The photo of her dead body was first sent to us. We went to confirm and she was the one. Her corpse image is bloody, it should not be shared. She was taken to the Mortuary on Sunday. Police found her death on Saturday night.

“A passerby informed the police at Ebute Ero. Once there, those trying to see if she could survive fled when they saw the police officers. She didn’t die instantly, she was thrown away.

“When the police got there, she wasn’t wearing panties. She was naked. They didn’t just take off her top. Some of her body parts were tampered with and missing. The investigation into the cause of her death continues.

It’s unclear who Bamise’s father is, but her mother, who appears to be in her 40s, raised the alarm after her daughter didn’t come home from work that weekend. Watch video

The fashion designer’s death has shocked the family as the mother expressed concern in a video about her daughter’s death.

As seen in the video, Bamise’s mother cried uncontrollably as she demanded justice for her murdered daughter after boarding the BRT express bus.
Bamise’s mother was heartbroken after receiving news of her daughter’s death.

Does Bamise have siblings?

Yes, she has siblings! Her older sister was recently interviewed by Punch about Bamise’s death

The BRT bus driver who killed Bamise has been arrested by Nigerian police.

Police confirm the arrest of the driver identified as nice Andrew on Monday afternoon not long after Bamise’s death took the internet.

An interview was conducted after the driver was arrested but he claimed innocence about what happened to Bamise. However, many people give different opinions on this as the driver’s second interview does not match the first one. Here are two interviews 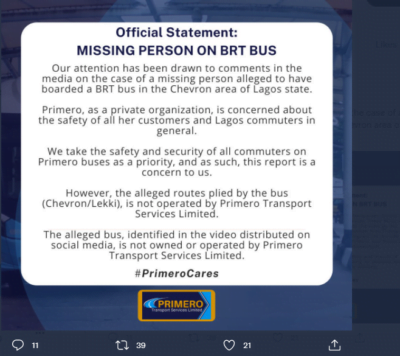 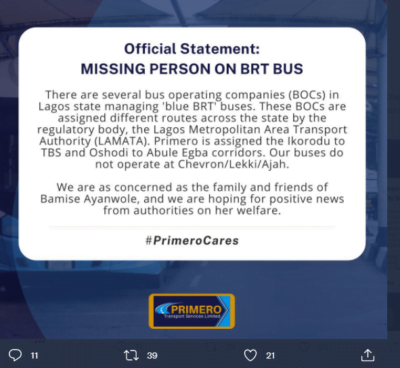 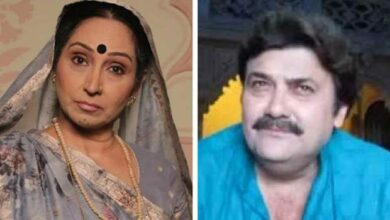 Rasik Dave’s wife is Ketki Dave: What does she do? Know who Riddhi Dave is and his kidney failure Model mother Jessica Hart attends the premiere of Kung Fu Panda: The Dragon Knight with her family in LA 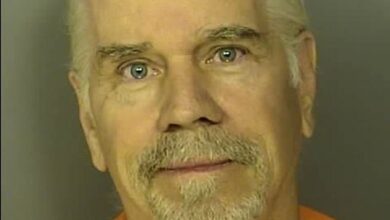