Thousands of people in Hong Kong are facing court action for taking part in 2019’s mass protests, which grew out of opposition to a mainland extradition bill into wider calls for democracy.

While some are well-known names from the city’s political opposition, many others are common citizens who decided to join the months-long demonstrations.

More than 10,000 people have been arrested in the past three years for their alleged involvement in the protests, government criticism and pro-democracy political activities, according to Hong Kong government data. Of those facing charges, the vast majority are people below the age of 30, although they also include some of the city’s veteran opposition leaders.

On Friday, two teenagers were sentenced to five and a half years in prison each for rioting, after being cleared of an earlier charge of manslaughter over the death of a 70-year-old man who was hit in the head by a brick thrown in a confrontation between rival groups of protesters.

With the territory’s vibrant tradition of civil disobedience, Hong Kong people were not unfamiliar with the risk of arrest, but infractions that were once considered minor offences are now ending up in jail time.

Many of the city’s pro-democracy politicians have been arrested under national security legislation that was imposed by Beijing in 2020, and have been languishing in jail for months in pre-trial detention.

Based on British common law, Hong Kong’s justice system was once regarded as one of the most independent and robust in Asia, but has been thrust into the spotlight since the national security law was put in place.

Foreign judges have left the city, as well as rank and file lawyers, while US lawmakers may soon sanction Hong Kong prosecutors for offences like “arbitrary detention of individuals for exercising universally recognised human rights”.

“The volume of cases is part of it, and part of it is the lengthy legal process that people face – and we’re only two years into it,” he told Al Jazeera. “We predict it could go on for many, many years where people are unable to travel, unable to leave Hong Kong, unable to speak to the media, and unable to participate in public life,” he said.

Who are on trial and why

More than 1,000 trials are under way and more are due to commence in 2023, according to data compiled by the Hong Kong Democracy Council (HKDC), a US-based advocacy group.

While there are different ways to count the data, the advocacy group estimates that Hong Kong is now home to 432 “political prisoners” – people arrested for their political beliefs or actions – who have completed sentences, with 582 people still in custody or awaiting trial.

Many of the arrests over the past three years are linked to the 2019 protests, although not all.

Common charges related to the protests include participating in an unlawful assembly and rioting, while those accused of being “leaders” face charges like incitement and organising an unlawful assembly. More than three-quarters of Hong Kong’s “political prisoners” are young people below the age of 30, according to the HKDC. More than half are below 25.

The fallout has been felt among the political opposition, civil society leaders, journalists, and “almost all non-violent pro-democracy activities in Hong Kong”, according to Eric Lai, a Hong Kong law fellow at the Georgetown Center for Asian Law.

Between July 2020 and June 2022, 203 people were arrested under the law and 123 charged, according to data compiled by Lai. Many defendants face additional charges under Hong Kong’s ordinary criminal statutes.

While the security law specifically refers to crimes of subversion, sedition, “terrorism” and “collusion with foreign forces”, more than 50 people have been arrested for “seditious” or “secessionist” speech under recently revived sedition laws that date from the British colonial era.

So far only 10 people have been convicted under the new law, but many cases have been delayed by Hong Kong’s strict COVID-19 policies, according to Lai.

National security police have targeted people like Jimmy Lai, the former publisher of Apple Daily and longtime critic of the Communist Party, as well as 47 activists and opposition leaders charged and arrested for organising an unofficial primary election for the pro-democracy camp in 2019.

They have also arrested leaders of the protest umbrella group Hong Kong Alliance in Support of Patriotic Democratic Movements in China for failing to submit evidence to police, while student groups have been charged with “terrorism”.

Sedition laws have shut down much of Hong Kong’s independent press as news outlets have folded after staff were either charged or feared being charged under the sedition law.

A new class of criminals

The national security law has created a new criminal procedure in Hong Kong that strays from its common law tradition.

National security defendants are heard before a panel of three judges handpicked for terms of one year by the city’s chief executive, said Nee, which means the justices can easily be removed.

Unlike other criminal cases, there is no jury and defendants are almost exclusively denied bail while legal proceedings continue – often for months.

Defendants in these cases are tasked with proving they will not “continue to endanger national security” in addition to meeting ordinary bail conditions, according to a Hong Kong defence lawyer and rule of law monitor who spoke on condition of anonymity.

Some of the most high-profile cases include the 47 people who were picked up over the primary and have already spent more than a year in detention after the prosecutors appealed their initial right to post bail.

Bail hearings themselves have become a nearly impossible task as, under the new law, defendants have lost the presumption of innocence – a fundamental right in the common law system.

Cases heard in the ordinary criminal system, which typically concern rank and file protesters, have also changed dramatically over the past three years.

The first major change has been where they are heard.

Where cases of civil disobedience were once referred to the magistrate’s court – the lowest rung of the criminal justice system – they are now regularly sent up to the district court or High Court, according to the defence lawyer. Magistrates are restricted to two-year sentences, but the district and High Court can impose terms of as long as seven years and life imprisonment, respectively.

The defence lawyer said in many cases, even rank and file protesters moving through the ordinary criminal justice system have lost the presumption of innocence.

Typical cases concern charges like rioting, although many defendants were not caught in the act but instead nearby the scene or carrying equipment like goggles or masks. Both items were used by protesters and journalists to protect themselves from tear gas and pepper spray, which became a hallmark of the protests in the late summer of 2019 and was even fired at bystanders.

The lawyer said they felt that in many cases protesters had lost the presumption of innocence as judges would issue contradictory verdicts depending on the case.

“In a system where the same facts can lead to different outcomes before different judges, when judges consistently disregard defence testimony and choose to rely on police testimony even when incredible – those are not fair trials, that’s not the rule of law,” the lawyer said.

Criminal procedures have also taken longer, in part due to COVID-19, said Samuel Bickett, a lawyer and Hong Kong law fellow at the Georgetown University Law Centre who served four and a half months in prison for a 2019 altercation with an off-duty Hong Kong police officer.

While Hong Kong law does not guarantee the right to a speedy trial, critics say the delays are disproportionate to the crime.

“The average time from arrest to sentencing through mid-2021 is 380 days, that’s extraordinarily long. I mean we’re not talking about a murder case here. This is more than a year to get through an unlawful assembly case or mostly very simple cases,” Bickett told Al Jazeera based on data he is compiling for an upcoming Georgetown Law report.

Bickett’s criminal case took a year and a half from start to finish, he said.

Bail has also become more difficult to secure even for those charged for offences that do not involve the security law, and may also come with onerous conditions such as curfews, or rules related to school for young defendants.

Sentencing has also become harsher regardless of age or past criminal record, said Steven Vines, a veteran Hong Kong journalist who left the city in 2021. Public order cases that once might have ended in fines or community service now attract prison time.

HKDC data found that of nearly 3,000 people prosecuted, 67 percent had been convicted, receiving an average prison sentence of 1.6 years. Sentences for suspected protest “leaders” and people charged under the national security law are even longer, and many face multiple charges.

“People with no criminal convictions whatsoever are being given custodial sentences for things like unlawful assembly, which in the past would’ve incurred a fine, nothing more. People who are being convicted of more serious offences are getting sentences which are akin to armed robbers with a criminal record,” Vines told Al Jazeera.

Georgetown’s Lai, however, says this is not entirely unexpected.

Hong Kong has long used public order laws against protesters, even before the 1997 handover to China.

But in recent years, Hong Kong’s courts have indicated that they would come down harder on non-violent protesters amid lengthy cases surrounding the protest leaders of 2014’s Umbrella Movement. Another case around the same indicated that rioting offences would also be met with harsher terms.

Hong Kong’s government has said the prosecutions and national security law are necessary to restore order after 2019’s protracted protests brought the territory to a standstill.

For now, prosecutions of 2019 protesters are expected to continue over the next two years due to the lengthy backlog – the national security cases could take even longer due to the volume of evidence compiled by prosecutors and successive delays. In the meantime, much of Hong Kong’s opposition and civil society will remain silenced, exiled or in jail.

Oh god! Donald Trump is being investigated for special reasons after obtaining documents about nuclear weapons! US President Joe Biden To Request Congress For $11.7 Billion In Emergency Aid For Ukraine 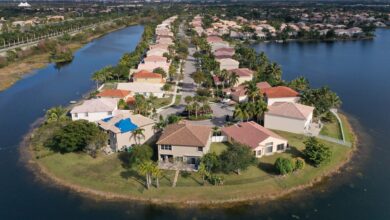 Home prices fall for the first time in three years, biggest drop since 2011