On Tuesday, August 30 at 19:30 GMT:
Around the world, New outbreak of polio virus is threatening to undo the decades of progress that has almost wiped out the disease.

The latest cases are worrying public health officials, who say the spread of the virus is being aided by reduce immunization in children due to the COVID-19 pandemic and various forms of vaccine skepticism.

In recent months, polio virus has been found in New York State, London and other places where the disease was once considered a relic of the past.

Two years ago, Africa was declared free of the wild polio virus. But this year, new cases were detected in Malawi and Mozambican. In Afghanistan and Pakistan – the two remaining countries where polio is considered endemic – the gains from eradication campaigns have been reversed.

Polio is a highly contagious disease with no cure. Infections that lead to permanent paralysis are rare and in some cases can be fatal. Polio is spread by person-to-person contact, is largely asymptomatic, and mainly affects children under the age of five.

Polio was a common source of public fear in the early 20th century. The disease crippled an estimated 600,000 people a year around the world in the 1950s. Global cases. declined after the development of the first polio vaccine in 1955.

In this episode of The Stream, we’ll look at the new rise in polio cases and what is being done to stop its spread.

In this episode of The Stream, we talk to:
Dr. Hamid Jafari, @Dr_HamidJafari
Polio eradication director, WHO Regional Office for the Eastern Mediterranean (EMRO)

“What Governor DeSantis did is un-American and undemocratic”: Four school board members suspended after reports of mass shooting in Parkland 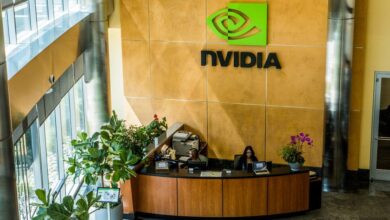 US restricts sales of sophisticated chips to China and Russia Two college Bowl games were canceled because of the vivid circumstances.