A small business owner has worried thousands of people after having DNA samples ready ‘in case’ she goes missing.

The founder of Savor, an office supplies brand, is well prepared if she ever gets abducted or kidnapped, and has shared a series of videos on TikTok about the 5 things she puts in her briefcase. for detectives to use.

‘Tell me you’re listening to too many crime junkies without telling me,’ she captioned the first clip.

Inside the briefcase was a lock of hair, fingerprint samples, handwritten notes, medical records and a list of the ex’s closest friends.

The first TikTok since has been viewed more than 7.4 million times, with some believing it to be a ‘recipe for disaster’ as a book cover is more likely to be stolen than the woman is missing.

Scroll down for the video 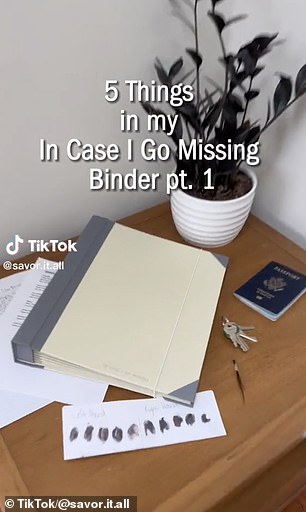 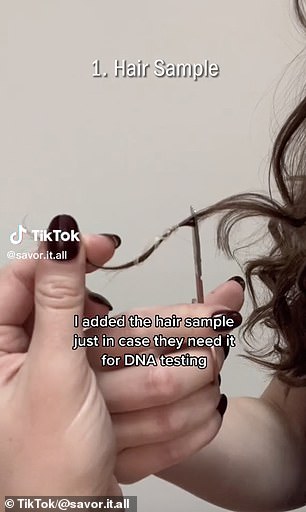 One woman prepared 5 DNA samples ‘in case’ she went missing and put them all in a folder. Inside the briefcase was a lock of hair, fingerprint samples, handwritten notes, medical records and a list of the ex’s closest friends.

First, the woman cuts off part of her hair and places it in a small plastic bag ‘in case’ a DNA test is needed.

Next, she said that her friends and exes would be interrogated first, so she put on a list of people she knew and had dated before.

“This might be overzealous, but I added a clean fingerprint just in case there are potential fingerprints that need to match,” the woman said.

She also included half a page of handwritten paper to ‘provide a good sample for analysis’.

The woman also attached a list of medical records to serve as “forensic evidence” and to “inform loved ones about essential health needs”.

In a follow-up video, she also takes a cheek swab and places it in a plastic bag in her briefcase. 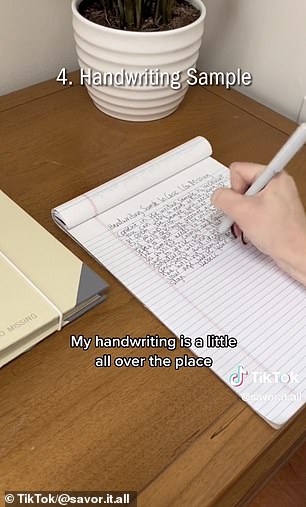 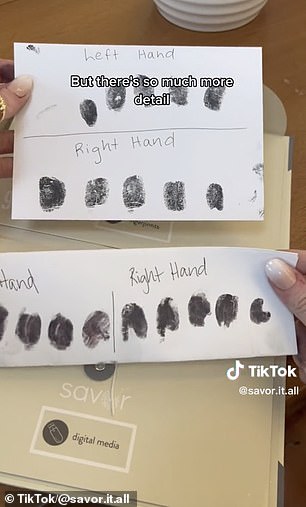 This woman also attached half a page of her handwriting to ‘be a good model for analysis’ (left). ‘This might be overzealous, but I added a clean fingerprint in case there’s a potential fingerprint that they need to match,’ said the woman (yes, fingerprints)

Opinions about the brochure filled with personal samples were very divided, and some even expressed concerns about the woman’s health.

“I think there’s a fine line between preparedness and paranoia,” said a third.

‘It was screaming ‘I want to be framed,’ another added.

Another person brought up a fallacy in the idea: ‘Okay, but am I the only one who thinks this is a recipe for disaster? A criminal found it, boom. Identity and things (accounts, money) stolen.’

On the other side of the spectrum, some ‘love the idea’.

‘I’m glad I’m not the only one thinking about this. I will do this now!’ one woman wrote.