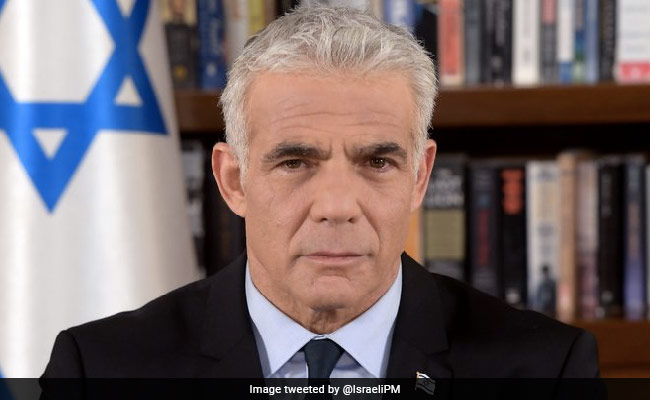 The ministry said India has also resolved the issue with the governments of Myanmar and Thailand.

Israeli Prime Minister Yair Lapid told the United Nations on Thursday that the international community should use “military force” if Iran develops nuclear weapons, as he reiterated his support for the establishment of a Palestinian state. peace”.

Israel has launched a fierce diplomatic offensive in recent months to try to convince the United States and major European powers such as Britain, France and Germany not to renew the 2015 Iran nuclear deal.

Over the past 10 days, various officials have suggested that the deal – which then-US president Donald Trump canceled in 2018 – may not be extended until at least mid-November. which Lapid tried to use to push the West to impose a tougher approach in their negotiations.

“The only way to prevent Iran from obtaining a nuclear weapon is to weigh in on a credible military threat,” Lapid said in a speech to the United Nations General Assembly.

Only then will it be possible to negotiate a “longer and stronger deal with them”.

“It must be made clear to Iran that if it advances its nuclear program, the world will respond not with words but with military force,” he added.

And he made no secret that Israel itself would be willing to join if it felt threatened.

“We will do whatever is necessary,” he said. “Iran will not get a nuclear weapon.”

From the General Assembly podium, Lapid accused the Tehran leader of running a “hate orchestra” against the Jews, and said that Iranian ideologies “hate and kill Muslims who think differently, like Salman Rushdie and Mahsa Amini”, the woman who died after being arrested by Iran’s Ethics Policy sparked widespread protests there.

Despite the “existing obstacles”, he said, “an agreement with the Palestinians, based on two states for two peoples, is the right thing for Israel’s security, for Israel’s economy and for the future. our children’s future.”

Lapid, who is campaigning for the November 1 legislative elections, said a majority of Israelis support a two-state solution, “and I am one of them.”

“We have only one condition: a future Palestinian state must be peaceful,” said Lapid, whose UN speech was leaked in Israel and has been criticized by his political opponents. .

Israeli-Palestinian peace talks have stalled since 2014.

The Lapid government’s current strategy is to try to support the Palestinian economy, but not to embark on a peace process with Palestinian Authority leader Mahmoud Abbas, who is scheduled to speak at the United Nations on Wednesday. Six.

Israel has occupied East Jerusalem and the West Bank since 1967 and since 2007 has imposed a blockade on the Gaza Strip, a Palestinian territory controlled by the Islamist Hamas force.

Since 2008, Hamas and Israel have waged four wars, in which Islamic Jihad, the second-largest armed Islamist movement in Gaza, has also participated.

“Put down your weapons and prove that Hamas and Islamic Jihad will not take over the Palestinian state you want to create,” Lapid said.

“Put down your weapons, and there will be peace.”