Washington should be the first to commit resources to the defense of Ukraine and consider Russia a sponsor of terrorism, he said.

Ukrainian President Vladimir Zelensky outlined to former US President Bill Clinton how the US can help his country amid the conflict with Russia. In particular, he called on the United States to sign the security guarantees that Kiev seeks to obtain from as many foreign countries as possible. He also wants Washington to designate Moscow as a state sponsor of terrorism.

“For the entire civilized world, the United States is the beacon of democracy. When you supply us with firecrackers, other countries also provide us with firecrackers. So if the US designates Russia as the main sponsor of terrorism, other countries will follow.” The Ukrainian leader speaks at a meeting organized by the Clinton Foundation on Tuesday.

Kiev has been calling for such a Russian designation for weeks, while the White House has said it would be counterproductive and would not affect Washington’s anti-Russian policies.

Zelensky reiterated the request when speaking via video link with the Clinton Global Initiative. The former US president chaired the meeting and asked questions. Clinton repeatedly offered whatever help Zelensky’s country might need and urged him to make concrete proposals.

“Most of us have a pretty good relationship with our various governments, but there are also many non-governmental means… to help. So please ask, and know we’re working hard for you,” Clinton told Zelensky.

The President of Ukraine praised Washington for its role as an example for like-minded nations and asked the US government to show leadership in providing Ukraine with weapons, money and other things that it cannot afford. need. He also called on the United States to sign the security guarantees that Ukraine seeks to obtain from foreign countries.

The initiative, led by an advisory group led by former NATO secretary general, Anders Fogh Rasmussen, and Zelensky’s chief of staff, Andrey Yermak, was announced last week. It involves binding long-term financial commitments, arming and training the Ukrainian army. Kiev sees this as a deterrent that can guarantee its security until it officially joins NATO on the terms of mutual defense.

“I would like to see the US be the first country in the world to sign documents on security guarantees with Ukraine,” Zelensky told the gathering.

Clinton pointed out that he is no longer speaking for the US government, but is committed to finding ways he can help Ukraine with things like humanitarian aid and reconstruction.

Over the years, the Clinton Foundation has been involved in reconstruction efforts in many parts of the world affected by various disasters. Charity organization take it a particular concern in Haiti after the 2010 earthquake, although the benefits the island nation derives from it are disputed.

The best hair dryer that will lock your hairstyle without damaging 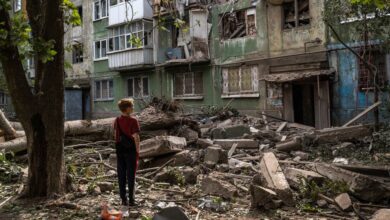 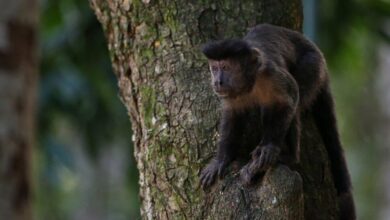 Don’t blame monkeys for monkeypox, WHO says after attacks