City officials in Tijuana, Mexico, opened a sports complex to accommodate Ukrainian migrants arrive at the US-Mexico border to seek asylum in the United States.

Enrique Lucero Vazquez, Tijuana’s director of immigration services, says that about 2,000 Ukrainians are currently in Tijuana – both near the border with the US and at the “Unidad Deportiva Benito Juarez” sports complex.

In recent years, the facility has been used to house Central American caravans to Tijuana.

In January and February, an estimated 10,000 Ukrainians and 25,000 Russians arrived in Mexico, mostly by plane and on tourist visas, Vazquez said.

After Russia invaded Ukraine, some Ukrainians started going to Tijuana to seek US asylum, Vazquez said.

The sports complex that is open to Ukrainians can accommodate around 500 people and has showers, bathrooms and internet access. Food, meanwhile, is being provided by US nonprofits.

Vazquez says that currently, between 300 and 400 Ukrainians are being processed by US immigration authorities every day.

According to Vazquez, about 3,000 migrants from other nationalities are staying in Tijuana’s 25 shelters waiting for Title 42 to be lifted. About 1,500 of them are from Central America and Haiti, with the other half mostly Mexican nationals, Vazquez said.

Can tea tree and thyme act as antiseptic creams? 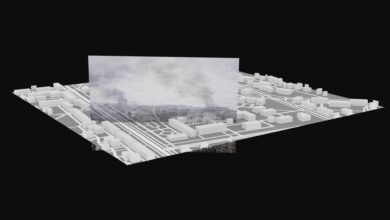